Against the Devil’s War

Click the link above and I will put your name on the platform during the entire 3 days of our Spiritual Warfare Prayer Conference!!!

Accept this ministry letter as your call to arms … to use the authority given to you by Jesus Christ to defeat every enemy attacking your life:

To DECLARE WAR on the DEVIL’S WAR!!!

Satan’s battle plan is to steal, kill, and destroy (John 10:10) everything you hold dear in your life.

To defeat Satan’s war against you we are converging here at the Legacy Center July 28 – 30 for a Spiritual Warfare Prayer Conference to rout Satan and his demonic forces that are coming against our Partners.

That is why I must have your INTERCESSORS PRAYER TARGETS immediately!

SOW FOR YOUR VICTORY: When we go into battle against the spiritual forces of darkness, God wants you to not only survive, but to reap the riches and blessings of the spoils of WAR!!! In II Chronicles, we learn that the key to winning spiritual warfare is to face your enemy knowing that the battle is not yours … this is God’s battle.

Thus saith the LORD unto you, Be not afraid nor dismayed by reason of this great multitude; for the battle is not yours, but God’s (2 Chronicles 20:15).

This unchanging promise from Almighty God was delivered to the Children of Israel when the armies of Moab and Ammon had Jerusalem surrounded. God sent the prophet Jahaziel the son of Zechariah to prophecy His promise that has sounded through the generations:

Without raising a sword, the armies of Ammon and Moab destroyed one another. When Jehoshaphat and his people looked over the battlefield, the entire army lay dead.

And when Jehoshaphat and his people came to take away the spoil of them, they found among them in abundance both riches with the dead bodies, and precious jewels, which they stripped off for themselves, more than they could carry away: and they were three days in gathering of the spoil, it was so much

Sow for the Spoil!!

God not only delivered the Children of Israel from the armies of Moab and Ammon … God’s rewards of their victory was the spoil of such riches it took them three days to gather up all the wealth!!!

When Jesus taught the promise of the hundredfold blessing in Matthew 13, he described the spiritual attack upon our seed:

Satan would rob you of your seed of truth and victory through tribulation, persecution, and the cares of this world. But, God’s battle plan to crush the enemy’s attack against your life is for you to trust in Him and sow even in times of spiritual attack..

For when you sow into the Kingdom, you can believe the promise of God for the abundance of the hundredfold blessing …

But he that received seed into the good ground … bringeth forth, some a hundredfold, some sixty, some thirty (Matthew 13:23).

Are you ready to utterly crush the enemy’s attacks against you … and gather up the spoils of abundance and blessing like you have never experienced before?

SOW FOR YOUR VICTORY: CLICK THE LINK ABOVE TO PLANT YOUR VERY BEST WARFARE SEED OF $50, $75, $100 OR MORE. Make it your very best WARFARE SEED sown into the fertile soil of our ministry, to defeat the devil and believe God for the abundance of the hundredfold blessing.

The fertile soil of our ministry is reaping an abundant harvest of souls. This year alone, more than 110,0000 people have prayed the sinner’s prayer through our ministry outreaches in the nations of the world. Praise God!

SOW FOR YOUR VICTORY.: CLICK THE LINK ABOVE TO PLANT YOUR VERY BEST WARFARE SEED OF $50, $75, $100 OR MORE. Make it your very best WARFARE SEED to defeat the devil and believe God for the abundance of the spoils of war to be more than enough to meet your personal needs.

THE BATTLE IS GOD’S … YOUR VICTORY IS SURE!!!

PS: I want to say “Thank You” for your WARFARE SEED gift by sending you a special war manual Dad prepared before he went to heaven called, The Battle Is Not Yours, But God’s. Through this war manual, dad will take you into Israel’s victory over the armies of Moab and Ammon, which resulted in such blessing and abundance that it took three days for the Children of Israel to gather up the spoils of war. I will rush this war manual back to prepare you for total victory, blessing, and abundance!!! 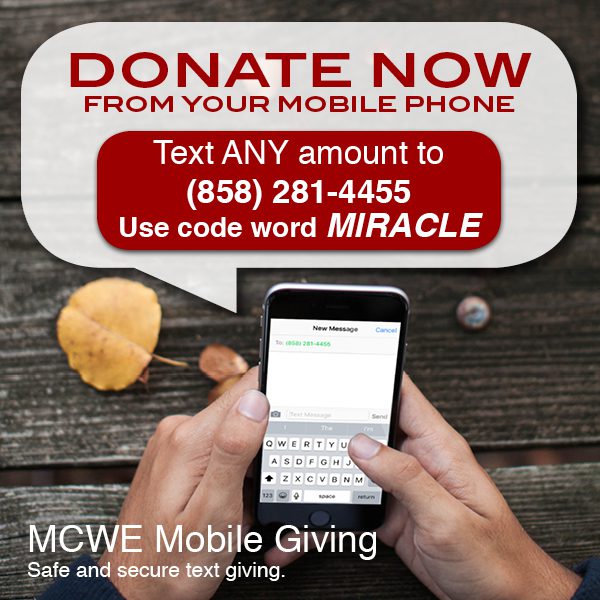