Solisten Mateyu was a young man when he first met Papa Cerullo. He and several friends traveled all the way from Malawi to Nigeria to meet him and hear him speak. At the very first meeting Solisten and his friends realized that they needed to do more, and it was there they decided to take personal responsibility to preach the Gospel throughout Africa. “We were so touched, so moved, that we cried over an hour, repenting that we had not taken the message of salvation across Africa.”

From that moment on, Solisten and his brothers in Christ hit the ground running. They started conducting crusades in villages and towns, but soon after starting the crusades they realized it was going to be very difficult for 16 people to spread the Gospel. They were going to need help, and the only way to get that help would be to raise up additional leaders. 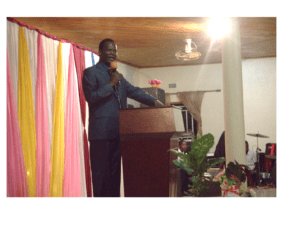 Solisten and his team began gathering pastors and leaders. They were not only from Malawi but surrounding African countries. Once they had gathered the Nationals, they began their instruction. Because of the impact Dr. Cerullo had on his life, Solisten chose to use Papa’s material to train them. The leaders went through Proof Producers, The New Covenant Anointing, The Battle of the Mind and The Elijah Institute. Their lives were radically transformed, and they were ready to not only begin transforming Malawi but transform Africa!

Solisten was able to attend his first Morris Cerullo World Conference in the United States, and it was at that conference God spoke very clearly to him. The Lord said, “Solisten, I have not brought you to America just to visit and enjoy America, but to see the way My people worship Me, the way they do things. It is different from the church in Malawi. So when you return to Malawi, you must do three things:

At first Solisten refused and said, “Lord, that’s not going to be possible. I’m not a pastor.” But God told Solisten, “I’ve taken you to places that the pastors involved with you have never been. You have heard with your own ears what I have spoken. Go and make disciples of all nations.” With the new mandate in his heart, Solisten began training more Nationals. Not only were these new leaders now going into the remote areas of Malawi but they started conducting Schools of Ministry throughout the country! 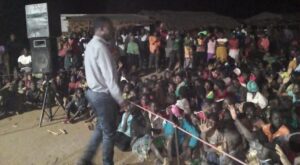 Shortly after beginning the Schools of Ministry, God directed Solisten to go into secondary schools and he told the Lord, “Lord that is too much,” but God demanded that he go. God showed Solisten that the youth were the next generation of pastors, evangelists, teachers, and leaders, and he realized he had to be obedient. As a result, students in colleges, universities, and secondary schools lives’ were transformed, and now those students are sharing the Gospel.

One of the students impacted by the campus ministry was Yamikani Bokosi.Solisten Mateyu visited the college campus that Yamikani was attending. It was there he was introduced to the Morris Cerullo Ministries Campus Team. Yamikani got involved with

the team and began praying for his school every day from 5am to 6am. “The strategy for reaching the students and saturating the campus with the gospel was to reach out to all first-year students with the Gospel in the first weeks of their arrival, host conferences, and reach out to all lecture and workers on campus.”

Through his involvement with the campus ministries, Yamikani was then introduced to the Morris Cerullo School of Ministry. He decided to attend the School of Ministry and through it, “I began to seek the face of God like I had never done before.” In addition, Yamikani was very impacted by Solisten’s life of sacrificial living, strong commitment to God’s work, and being an anointed man of God. “All of this motivated me to devote my life to God. I was being molded into the vessel God desired me to be through the teachings of Dr. Cerullo and Solisten Mateyu.”Yamikani eventually went on to become the Ministry Coordinator for Solisten Mateyu. 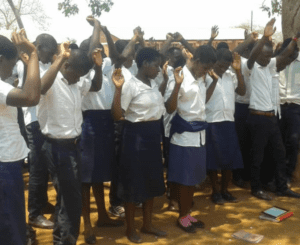 Besides working under Rev. Solisten Mateyu,
Yamikani Bokosi works as an irrigation engineer. His life not only has an impact on those he has ministered to, but God is using him in his workplace. One day a co-worker approached Yamikani and asked him for help because his wife was sick. She had been to the hospital and received a scan. The report showed she had a tumor in her stomach. They scheduled her for surgery but it wasn’t right away. Because of the wait, her condition had gotten much worse.

When Yamikani met her she was unable to eat, she was weak, was on the floor, and unable to move. Yamikani began praying for her, “She awoke a few minutes after praying, went outside, and vomited. She had been healed! The hand of God touched her and she began to eat!” She later
went in for a check up and the doctor informed her that, “the tumor had vanished!”

Solisten Mateyu’s ministry didn’t stop with training nationals, conducting crusades, and starting the campus ministry. He took it all to another level and formed MCWE of Malawi! Today he continues to train and equip Nationals with the tools they need to reach the people of Malawi. This past year, MCWE Malawi conducted over 25 seminars and crusades, and had over 35,000 attend!

Sow your best God’s Victorious Army offering to provide training, resources and encouragement for more leaders like Solisten and Yamikani to reach their cities and nations for Christ. This month, we are preparing for massive outreaches that will bring the Gospel, hope, and healing to many. Thank you in advance for your sacrificial God’s Victorious Army seed offering. Through your support we are having an eternal impact!